I start with a summary in English. I made a little Radagast and presented it to Sylvester McCoy at the SciFi convention in Malmö this weekend. He seemed genuinely happy for his gift, and had a lot of patience with a nervous fangirl who temporarily forgot how to speak English. 🙂 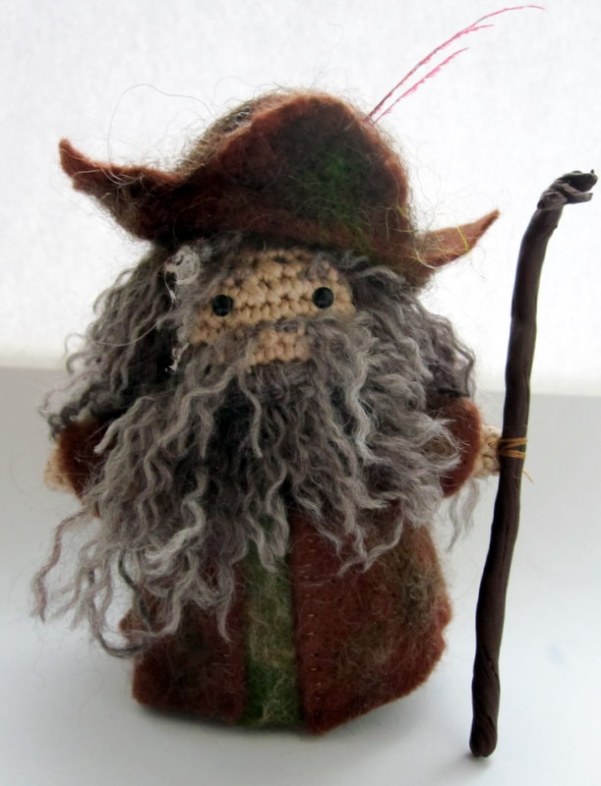 So, I’ll write the following posts in English, for my dear Ravelry-friends.

My time at Konservatorskolen is coming to an end. *ominous drums* The only thing left is the bachelorsproject, deadline May 8. I chose between two projects; the first one was a very special crucifix, sculptured with metal threads, and the second was an old dress in brocaded silk that was found in the school’s attic.

The crucifix sure seemed interesting, but I have a very soft spot for old clothes, especially dresses. It wasn’t really much of a choice after all…

Poor thing, what has been done to you?!

On to the dress:

The fabric is maybe from the 18th century, more careful dating is yet to be done, yet the shape of the dress is more of a regency type, probably re-sewn somwhere between 1795-1810. It has half-long sleeves, diamond shaped back, a round, rather deep neckline and is laced in the front. The skirt is round and pleated to a waistband. 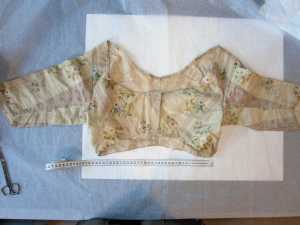 The bodice, separated from the skirt.

My assignment is twofold: I will thorougly document the dress plus write a conservation proposal. Sounds simple, does it? The big problem is what will be the skirt, which looks more like a swiss cheese than anything else. This kind of deterioration is usually blamed on that the silk is weighted with metal salts. However, that practice wasn’t common until later part of the 19th century, so what then has happened? I hope I can come with an answer in time. I’ve tested the fabric for several metals and also for sulfides (might have been used for bleaching). The search continues… 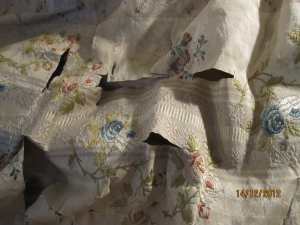 Close up of the skirt.

I’ve only come as far as drawing most of the pattern pieces and made some analyses. It goes so slowly! I don’t mind the practical work, not at all, it’s very satisfying. However, the writing… Guh… All theory and chemistry and what not…

Although, I feel very priviliged working with a real dress from over 200 years ago! And I’m kind of in love with it. It’s sad we know nothing about it; it’s possible it was donated to the school for use in lecturing, who knows. It’s very carefully sewn and the fabric is absolutely stunning, but it seems hardly used. Maybe it was a wedding dress?

I think I will describe the process as I go along, and describe the dress in detail in different posts. And when I’m done drawing the pattern I will post it as well. And please comment if you have any ideas or questions!

Today I started measuring the lining, which is a pain in the ass if there ever was one. I marked one thread with a line of needles, and another perpendicular to it, so I hade two grain lines to measure from. The big problem is that the fabric is distorted from use and the grain twists here and there. Hence the measurements are not as accurate as I would like. 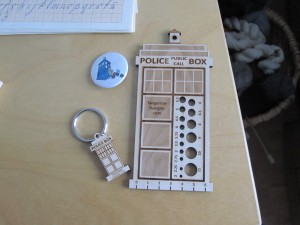 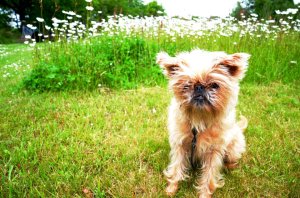